Are We Always In One Big Sorority Rush?

I can?t remember if I fed my kids yesterday. I mean, I think I did. I noticed the cookie bag was not closed completely. Yet, I can remember something from over 20 years ago like it was in fact yesterday. Now to make it as dramatic as possible, imagine that guy from Dateline who narrates all those good mysteries is telling it. 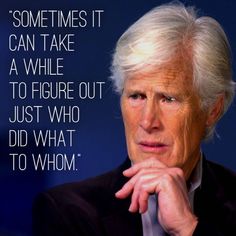 ?In 1994, a wide-eyed girl from a small Florida town arrived at a northeastern college hopeful, dressed in Ralph Lauren bermuda shorts, and armed with a long mustard colored trench her mother told her she needed to have, she could never have imagined what was to come.?

So like he said, I arrived at Tufts ready for anything, but not really knowing much. My older cousin was a senior there so when I decided to rush a sorority, hers was where I wanted to be. The process is pretty much the same as any other school, I imagine. You go to the different houses, you meet the ?sisters?, you chat a bit, and then you wait to see if they liked you enough to give you a bid.

The sisters decide on the prospective girls at a meeting. Each girls’ picture is put up on a screen, and then they basically discuss you. So my picture comes up, and one of the sisters emphatically declares that I am not to be accepted in. When pressed for a reason, she doesn’t give one. Apparently, through the grapevine I heard she was very emotional about it, the meeting had to be stopped. Finally, my cousin defends me and says that if I don?t get in, she and her friends leave.

?So Jen Ross gets in, but the girl who wanted her banned is never seen or heard from again. What does Jen know?? Then it cuts to me being interviewed wearing an amazing orange jumpsuit.

Wouldn?t that be so exciting? The reality is that I knew that girl. She was older than me and we went to the same high school, and she is even very close with one of my best friends. And you know what? I would rather know why she didn?t like me more than what goes on behind Scientology doors? And that is big. Because in my mind, it involves John Travolta, Tom Cruise, and a Scientology steam room.

I have pressed to get answers from my best friend with no success. Why does it torture me so? And here?s the thing. I want people to like me. But with age and wisdom, I can now admit that maybe I didn?t make a good impression. Maybe I said something that offended her. Maybe she judged me to soon.

And maybe, our whole lives as women have the potential to be one big sorority rush. We meet a new girl, maybe we heard stuff about her previously. Maybe she didn?t say hi or make eye contact the way we would have liked. And that?s it. No bid. I have been guilty of this. But as I have gotten older, I know there are three sides to every story. Hers, mine, the truth. Maybe she was having a shitty day and didn?t feel like talking, maybe she is incredibly shy and it takes a while for her to warm up. Maybe she thought I didn?t make eye contact. Maybe I have a big booger in my nose.

I am constantly having talks with my daughter, teaching her to understand where people come from and tell her not to judge people so quickly. So even though I would give a handbag to anyone who could tell me why Sorority girl didn?t like me, I can move on.

And to my future sisters out there, I sometimes might have a booger in my nose.