A Mom Remembers Her Di!!K Boyfriend

I think most of us have had one. Of course there is no pride in it. Sure we talk about it with our closest girlfriends, reminiscing about another time. For me, it was junior year of college. I was, I thought, a strong independent woman. Self confident. Strong in my convictions. But in reality, I was a young naive girl, who fell for a boy? a boy who was a dick. I really liked him. I wanted him to like me. I ran when he called. Even if it was 3am. I got excited if he spent any time with me. I tried to be really cool around him. I acted like him ignoring me didn?t bother me, but it did. I tried to always look pretty so he would be proud to be with me. I mean,who wouldn?t love bright red lipstick, unwaxed eyebrows, and pre-keratin treatment hair, a bodysuit, and Levis? (that?s actually an outfit I currently have in rotation) 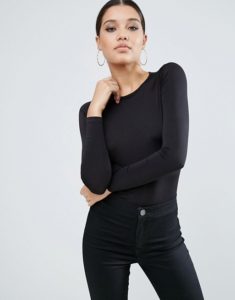 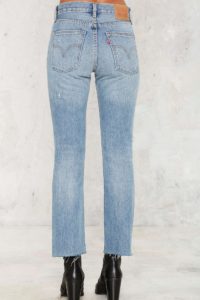 To sum it up, I was pathetic. And I clearly remember after the relationship was over, sternly having a talk with myself. I would never act like that again. When I?m with someone, I would be respected, valued. I wouldn?t be taken advantaged of. And, and I would check out that waxing thing.

And I have been that person ever since?..until around a year ago. Because a year ago my relationship changed. I thought it was going great.I had been feeling good about myself. Loved, respected. Valued. Then things changed. And I regressed.

My daughter is thirteen and she is my dick boyfriend. She calls me when she needs something. I do whatever she asks. She doesn?t answer my texts or calls. Tells me she never saw them. She will get together with her friends and not talk about me at all!! Sometimes, we will be at the same party, she acts like she doesn?t know me. I approach her, casually, and she will say something like, ?Having fun? Why don?t you go talk to so and so?? There are nights at around 2am she comes in and tells me she can?t sleep, that she needs me. I fall asleep with her, and the next morning, it?s like she forgot. All this and and I try to be a cool mom. Wear cool clothes. Listen to Drake. And everywhere we go are only places I think she will like.

I sternly talk to myself. ?Jen, you promised yourself you wouldn?t get back to this place again. ?But I want her to like me!!!?

So what to do when my daughter is also my dick boyfriend? How can I respect myself, and still maintain our relationship.

So I took a rule from the dick boyfriend book:

I ignore her
When she looks so pretty I don?t tell her
I make my own plans at places I like
I watch Pretty Little Liars without Her
When there?s a buy one jean get the second pair half off at American Eagle, I only buy her one pair.
I fake laugh with Scott in the kitchen tossing my hair, and when she approaches asking what?s so funny, I keep laughing, don?t make eye contact, and say dismissively, ?don?t you have homework or an instagram to post??

And, you know what?  With this super mature change in my actions I am starting to gain my self respect again. Feeling good. Feeling strong.

The thing is?.. Julia did mention that maybe she wants to walk with me to brunch on Sunday. I?m totally going to wear the cutest outfit!!!