Siri Can Suck It 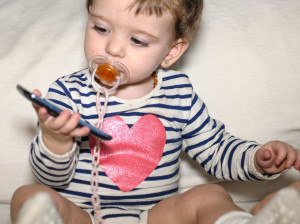 The other night we were out with another couple; of course discussing the kids. The subject came up about how they do in school and I shared with them how I am always on the kids to study for their tests and to do their homework, and I jokingly said, (but between you and me I kind of wasn?t joking) that I deserve credit when they get a good grade on a test. To which the guy questioned, do you really think your nagging gets them the grade. Couldn?t Siri just remind your kids to study. Or couldn?t they just set an alarm to wake up early to study.

Holy shit! Is he right? Has my job as a mother to teenagers morphed into reminders and notes. Could it be that if smart phones were around when my kids were young, my job as their mother would have been meaningless too?

Siri-remind me to not put balls from ball pit in my mouth.

Siri- remind me on my playdate to share the toys

Siri-remind me to take a dump in the toilet and not in my pants.

Siri-remind me I have a nap scheduled at 12.

Siri-remind me to tell my mom to buy more of those color tablets for my bath.

Siri- remind me a new episode of Dragon Tales in on at 3:00.

Does my life have no meaning? Did I sacrifice the chance to be Sheryl Sandberg because I wanted to be around ALL THE TIME to raise my kids. And maybe, just maybe, if I was involved in Facebook I could have banned anniversary posts?

What is my role now in my kids lives? With technology consuming so much of their time and my conversations with them occurring less and less,what the fu!K am I doing for them?

Calm down Jen, calm down. Think: Siri can?t tell them….

So for now, I am taking some credit. Cause in five years, I feel like there might be an IMom app that will be able to do some of this shit. I think I am going to buy more Apple stock .

Yes? Oh my g-d, have I not been talking this whole dinner?

Are you ready to order your entree?