Cinderella Needs To Wake Up 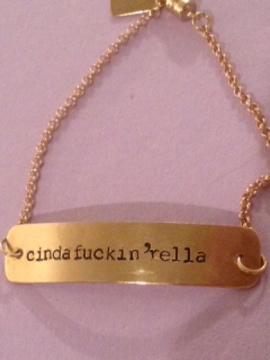 Last week my family returned to Disney world.  We hadn?t been back since 2006 and my son Jack wanted to revisit his youth before he turned the big 11.

The Magic Kingdom doesn?t change.  With the exception of a few new rides, all was intact.  Pirates of the Caribbean, The Jungle Cruise, and the not yet diagnosed but definitely clinically insane Disney pin traders.

I was, however, struck by one change in the park:  Cinderella.  She looked like shit!!

Now put on your suspension of disbelief hat, like the one you put on when you believe JLO when she says she doesn?t do anything to her face.

Cinderella, you don?t look so good.  You look sad, your roots are so black, and your cuticles need to be cut.  Are you in some sort of royal rut?

Me:  Ya think?  I know your stepmother was a bitch and all, so maybe no one told you that even if you find your prince, marriage isn?t always a fairytale. Do you get a lot of time alone with the prince?  Do you guys talk, and have you told him you?re unhappy?

Cinderalla looks at me.  He should know, shouldn?t he?

Oh, Cindy, so naïve.  Haven?t you learned anything since your sweeping days?  Men are sort of dumb.  Prince or no prince.  They are all the same.  Most will do as little as possible around the house unless you ask, and most men will think things are running smoothly unless you tell them they are not.   Tell the prince you want to get out of the castle more, without your little prince and princess.  Tell him to pick his knickers up off the floor.  Try being sexy with him and tell him you may or may not be wearing panties under your blue dress.  (it worked for this girl Monica Lewinsky)  And maybe you need to be a bit busier for your own sanity.  And for god?s sake, get your roots fixed.

Let me tell you something Cinderella, castle or no castle, and even with all the royal subjects? money you collect, you still have to work at your royal relationship.  Cause there will always be a younger, cuter, chimney sweeper around the corner.

So I hope this talk helped you Cinderella.  Now you think you can get your Kingdom to serve something other than turkey legs and greasy chicken fingers?