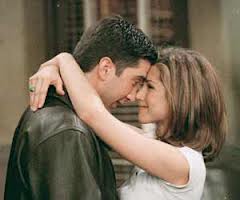 I sometimes read it to learn about how dumb they can be, or to make myself feel better when I see Cindy Crawford with loose skin in a bikini.

And the other day, I read a particularly good one. Gabrielle Union showing off her million-dollar engagement ring after Dwyane Wade proposed to her. It was gorgeous. A couple of days later, there was a story that Dwyane Wade had a baby with another woman while he and Union “were on break?.  My first thought, ?Who knew that Dwyane Wade was such a Ross/Rachel Friends fan, and that he really paid attention to the ‘we were on a break’ episode. Like, he studied it.

Needless to say, I was a little disappointed in Wade. He is considered a hero in Miami. Yet not only couldn?t he keep it in his pants, or wear protection, he is dumb enough to use the ?we were on a break? excuse when all evidence supports they were not.

So to justify my superficial reading habit, I have to ask, what lesson can be learned from this story?  What could I teach my daughter about men and women if she were to come across this story??

And basically I came up with this. “Julia, don’t be dumb like Gabrielle Union. You know who she is. She was in that movie Bring It On that we love. Well, just know that one decision can mess you up for life. If your boyfriend has a baby with someone else during a break up, run. Run fast. And if he is dumb enough to not wear a condom and get someone else pregnant, then that’s just another reason you shouldn’t be with him. I don’t care how much money he has, or how glamorous his life seems.”  Julia of course says, “Huh? I don’t like any boys right now. And what’s a condom? Can I go play now?” But I know it will eventually sink in.  When we are young, (even though Ms. Union is old enough to know better,) we can get blinded by so many things that we think are important in a relationship. The guy?s success, his cool job, the desire to be in a relationship, the crazy shine of your ring. But the best thing you can ask yourself before you walk down the aisle, will he respect me for life? Does he respect me now?

Ms. Union probably knows the answer to this question already. She just can?t see it because of the engagement?s ring glare. 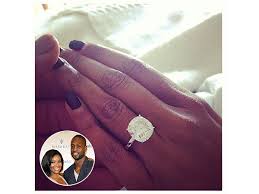