Written by jen Published on December 2, 2013 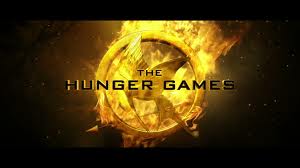 I just came off a great New York week in at my in-laws for Thanksgiving. My parents flew up from Florida as well so we could all be together for the holiday.  Lots of eating and family time.  It was kind of like the opposite of Biggest Loser. We all stay in a house, but we try to gain as much weight as possible.  The Grandmothers acted as our trainers and offered us meals every two hours.

This Thanksgiving was extra special because Hanukkah came at the same time.

I am lucky that my parents and in-laws get along so famously. I know that?s not the case in a lot of households.  Having said that, regular holidays with both sets of grandparents can be stressful enough, add gift giving, and we are on a whole other level.  It?s no longer just Biggest Loser competition, now we get into a fierce Hunger Games type of scenario.

If you aren?t familiar with the Hunger Games movies, here is an abbreviated version. There is the Capital, with all of the privileged people, and there are the Districts, with the wonderful people who get the short end of the stick. As part of their punishment for a past rebellion against the Capital, the districts send tributes to the Hunger Games to fight to the death for the enjoyment of the citizens from the Capital.  The Tributes display their special skills and talents throughout the games.

So on this special Thanksgivikah, grandparents are the Tributes from the Districts, and my kids are the citizens from the Capital. And in the Jewish version of the Hunger Games, Tributes seek approval, attention, and love from the Capital?s citizens. Not getting that is worse than death.

Hanukkah gift time represents the final competition to determine who becomes the winner of the Hunger Games. The lighting of the menorah is the ceremonial pre-game ritual. Everything is calm. Then the gifts. Julia, my youngest, receives from Tribute One. Beautiful bracelets. She loves them. She thanks the Tribute, going so far as to try them on, Tribute One feels confident. She believes she is making to the end. Tribute Two then proceeds. A Kohler shower head that plays music. ?Cool,” Capital Julia decrees. “I have read about these.?  (?When is she reading Consumer Report and Tech World??  I wonder. ) Tribute One?s face shows despair, she begins to side braid her hair like Katniss. 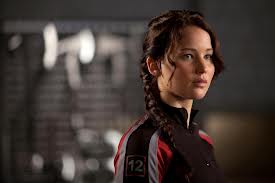 The Tributes unite together and hold hands. How can Julia choose? Could she be that ruthless?

I try to distract with cupcakes and dreidel shape cookies. I encourage, ?Thanks guys, she loooves both gifts, you guys are amazing!? I tell Julia that I think her bracelets are waterproof so she can enjoy them in the shower while listening to her music.  It works! Julia hugs them both at the same time and everyone comes out alive!

Now, it goes without saying that these Games were particularly scary. So it?s good to know that Thanksgiving and Hanukkah will not occur together for 77,000 more years.

But there are birthdays! Tributes, you are never safe.