What is So Wrong With Kim Kardashian? 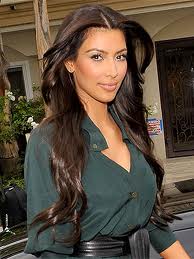 But what is so wrong with Kim Kardashian?  A lot has been written in the past week about the big brouhaha between Jon Hamm and Kim K.  His interview in Elle UK http://www.dailymail.co.uk/femail/article-2112783/Mad-Mens-Jon-Hamm-hits-cult-celebrity.html got a lot of attention.  He believes that Kim Kardashian and a few other celebrities contribute to idiot culture and that stupidity is celebrated.

Now I am a thirty-nine year old mother of three.  A college and law school graduate,  I consider myself fairly intelligent.  Sure I can?t do fourth grade math anymore, but I can still hold my own.

I take issue with Mr. Hamm?s judgmental nature and misplaced disapproval.  Kim Kardashian is popular.  Why? Because people like her.  She tweets a topless photo http://www.usmagazine.com/celebrity-news/news/kim-kardashian-posts-sexy-topless-photo—-again-2012143 and thousands pull it up. Why wouldn?t any intelligent person capitalize on that kind of popularity?  It would be like walking past a slot machine, knowing you are guaranteed three of a kind in a row, and not pulling.

She is part of a family of extremely strong independent women.  Her mother has taught her girls to be self-reliant, hard workers.  These women are smart and driven.  They are a close family who support one another.  Some would argue that she is famous for nothing. Maybe.  But she parlayed her beauty and family into a business.  We idolize athletes for throwing the ball on the football field, or their agility on the court.  Why is one idolization better than the next? Both are probably misplaced, but is it really that big a deal?

Sure Kim has made some poor choices in her life, but I would be surprised if Mr. Hamm loves all of his life choices.

Before Mad Men, I had never heard of Jon Hamm.  I don?t watch the show, but I believe he has grown quite popular because of it.  Does he not try to capitalize on that popularity to further his career?

So are Kim Kardashian and Jon Hamm really that different?  They both have people who appreciate what they do and tune in to see what they will do next.

I’ll probably check in with Kim before I catch an episode of Mad Men.  She dresses better than Hamm.

Jen Ross, Author, ?Don?t Wear Sweats Or Your Husband Will Leave You?