A Mom Has A Celebrity Education

So I have been away this past week, and who knew that not until I got to the airport store, did I find out I missed a lot of celebrity news. Of course I don?t give the magazines that much credit. I know a lot of the news is made up, comes from faulty sources. But do I think when I read it over and over, there has to be some truth. During my in flight research, I read a few stories that made me realize something. The celebs are kind of here not just to entertain us, but to educate us about life.

Jennifer Garner/Ben Affleck Divorce:  Lesson: don?t hire a hot nanny. Did he schtoop the nanny? Me? Like I said above, where there?s smoke, there?s fire. Here?s the scoop, Jen and Ben splitting up after ten years of marriage, then all this talk that he had an inappropriate relationship with the nanny. And this nanny is loving the attention. She?s 28, smiling for the cameras, and yapping up a storm. 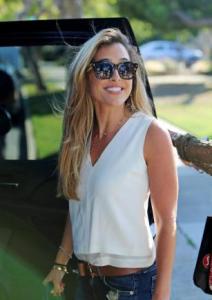 Now, I feel very bad for Jennifer Garner. I imagine we would be friends. She seems like a good mom, and I imagine she would love me too. We would lunch, I would ask her what her favorite Neutrogena products are, and how much Capital One pays her for those commercials, and is Matthew McConaughy as annoying as he seems. And during one of our weekly lunches, she would tell me she is thinking about hiring this nanny. And I would tell her this. Are you fucking crazy? Before I go any further understand this. It is not her fault Ben cheated. He?s a douche, probably cheated before, and would cheat again with someone else. That being said, you don?t hire a hot nanny. Why? Imagine this. Jen and Ben are having problems in their marriage. Add to that the normal stress of parenting life, kids, money, their crazy schedules. She might nag him more than he cares to be nagged. In walks the super cute nanny. Everything he says, she laughs at, she is there to help him in any way she can. Oh Ben, you are such a great dad, Ben have you been exercising? Weeks go by, Ben, you seems so stressed. why is Jen yelling so much? You see, it?s actually quite easy. Of course someone like him is falling for that. And the reality is, a lot of men would. Me? My nanny has to have four qualifications. Super loving to my kids, a higher BMI than I have, she has to remember the original Dirty Dancing release, and she has to have a slight chin hair problem. I?ll tell you what I have told my 11yr old daughter, Julia. At times men are not as strong as women, and they might be a little bit more gullible. Dangle a hot nanny in front of a man, and most would at least entertain a dalliance.

Jen Aniston got married: Lesson: You don?t know what?s happening behind closed doors. Listen, you know that I am a fan. (See Dear Jennifer Aniston)No one is more happy than I am that she tied the knot. She deserves happiness and it seems the whole world was rooting for this. And that?s where it should end. I don?t think there is another celebrity people  are more obsessed with regarding her private life. Truly, she has been asked so many times about becoming a mother. What if she has been trying for ten years and can?t get pregnant? When I was trying to get pregnant and couldn?t, people asking me about when I was going to have a baby was like a knife in my heart. what if she doesn?t want kids? What if she just wants to rub Aveeno on his awesome abs. 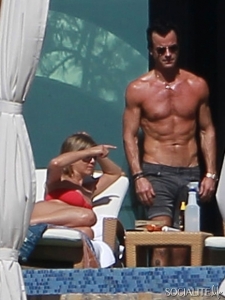 Sounds fun to me. Everyone seems okay with Clooney?s position on kids. Maybe she and Justin just want to live a crazy exciting life filled with work, friends, and travel. maybe that is perfect for them. I am a much less nosy person that I used to be. Maybe getting older and having a better understanding that everyone has their own private struggles. I wait to be told now about what?s going on with a friend. But, if she did get pregnant, I would consider applying  for the nanny job.

Kourtney Kardashian: Lesson: Anyone can be in a bad relationship: 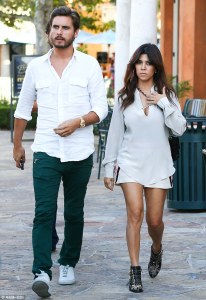 Listen, I don?t want you to get the wrong idea about me. I just watch their show for research. Currently I?m working on an article, an expose if you will:Butt Implants, Better Lilfe, Or A Lifetime of Ill Fitting Jeans? Anyways. I think Kourtney seems like the most unjaded of the bunch. She wants a family and loves her kids. And no matter how wealthy she is, how powerful, she has allowed herself to be mistreated, ignored, neglected for about ten years. She has been with a guy who brings very little to the table and has major substance abuse problems. She has let him misbehave so many times it became her new normal. And now, she has finally kicked him out. Me? I think she will take him back. Anyone can be in a bad cycle. And even those women you think have it all, somehow forget to have standards for themselves. If she and I were friends, I would ask her if she would be happy for her daughter to be in a relationship like she has. I would ask her if she would be happy if her boys treated women like she has been treated. (I might ask her how she gets her hair so shiny)

So before you judge me about reading US or Star Magazine, know that I am probably way more insightful and deep because of it. Got to go, I think Julia is telling our babysitter to leave the house.