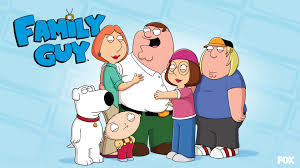 You know how we all think our kids can be really dumb.  That wasn?t a question.  But admit it, we think a lot of what we do and say is way over their heads.  Because of that, we may curse at a driver with our kids in the car, we may fight with the hubby in front of them because we think they won?t get it or aren?t paying attention.  We may watch certain shows in front of them we shouldn?t, because we think they are distracted with their own activities.

Case in point: On one of our ice cream runs to Ben and Jerry?s, middle son Jack placed a very uncomplicated ice cream order of vanilla with rainbow sprinkles.  The two young employees, outfitted in Grateful Dead shirts and knit caps in 85 degree weather, can?t get the order right.  Later, as Jack is walking with his oreo ice cream and chocolate sprinkles, he turns to us,  ?Those guys seemed really high.?  Of course that?s what Scott and I were thinking, but where in the world did Jack learn that from?  Shit, from Family Guy?  Did he overhear Scott and I talking about the suburban stoners?

And then there are times they actually pick up on the good stuff.   Julia recently brought home her Valentine?s Day class project:

I was so happy that she associated our date nights with love and not with, Mom doesn?t want to test me on spelling again. And it reminded me that as a parent, I can be the best example for them, and sometimes the worst.

But come on, who can resist Sex and the City reruns?

If you like this, you may like How To Talk To Your Kids About Sex and Parenting Rule #1.  Thanks for reading and sharing!