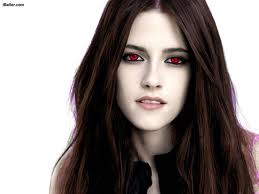 I have to admit that I love a good celebrity scandal.  I was on a natural high for a week after the TomKat breakup.  This latest one about Kristen Stewart screwing around with her director, all the while an unsuspecting Robert Pattinson, madly in love with her (I wish it was Patterson, so much easier) waits for filming to be over. (see Kristen Stewart Cheats)  This one could keep me satisfied for a good month.

The best is Kristen?s statement after she got caught. “I’m deeply sorry for the hurt and embarrassment I’ve caused to those close to me and everyone this has affected. This momentary indiscretion has jeopardized the most important thing in my life, the person I love and respect the most, Rob. I love him, I love him, I’m so sorry.”

Quite honestly, when it comes to cheating, I guess I am very cut and dry. (see Brad and Angelina Marrying)  Yes, sometimes people will cite boredom as their reason for cheating; sometimes one is overcome by the excitement of someone new.  Sometimes your boyfriend or spouse isn?t treating you the way they should.  I just think cheating is a very selfish band-aid for these problems.

I also think Kristen should have chosen a more secretive spot to get frisky (after 40 you say “frisky”).  And I think I would have liked to have been that photographer who caught them. He is making a bundle!