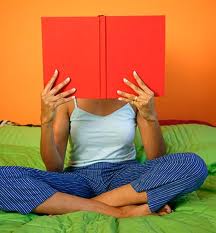 I?m always writing about how similar we are as women.  How we share so many of the same thoughts and experiences.  The reality is, men share a lot of similarities with each other as well.

Basically, they all want their wives to shut up a little.  From their point of view, we say too much, share too much, nag too much.  I guess the only thing we don?t do too much, according to the men, is the aforementioned act.

Girls, is it possible we are all a little guilty of bothering our husbands with too much stuff?  I like to amuse myself sometimes.  In addition to the crazy mommy game, I like to play, spot the tortured husband.  You can play anywhere?Target on a Saturday, at a restaurant at their table for two, at a party where the husband gets so sloshed in order stimulate temporary deafness.  The guys look miserable.  Their eyes scream “help me!”  I imagine walking up to the Target guy and saying, “Run, run for your life.  Go hide in the Pizza Hut, I’ll get you when it’s safe, and can you pick me up a personal pan cheese?”

Just as I like to cut calories from time to time, I am trying to cut the nonsense I speak about.  Not all, I mean, I can?t starve, but some.  There is so much that our husbands could care less about.  So much that we don?t need to talk to them about. That?s what girlfriends are for.  To them we aren?t annoying.

So as an early Father?s Day gift to Scott, I am going to make more of an effort to give him that five minutes of silence he so desires.  And Scott, if you are reading this, don?t get too excited.  I am going to join a book club.

You will now have your peace and quiet at night while I read till I pass out.